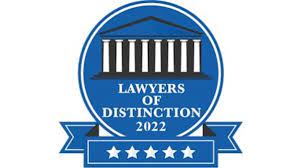 The Lawyers of Distinction has selected our attorney, Julien Guy Lamothe, as a 2022 Distinguished Member of their organization for excellence in the practice of law. Lawyers of Distinction attorneys must first be nominated by their peers. Then, there is a rigorous process to analyze their educational background, work, abilities, achievements and reviews. Julien Lamothe… END_OF_DOCUMENT_TOKEN_TO_BE_REPLACED On July 25, 2022, Frank Lamothe and Julien Lamothe of the New Orleans-based Lamothe Law Firm, LLC, filed a Civil Rights Complaint against a prison guard from the Elayn Hunt Correctional Facility and the Louisiana Department of Public Safety and Corrections for the suicide of an inmate. The lawsuit alleges that the prison guard, Samantha… END_OF_DOCUMENT_TOKEN_TO_BE_REPLACED On September 29, 2019, Frank Lamothe, Richard Martin and Julien Lamothe will be “riding dapper for a cause” in the New Orleans version of The Distinguished Gentleman’s Ride. This unique motorcycling event unites motorcycle riders all over the world to raise money for prostate cancer research and men’s mental health. Started in Australia in 2012,… END_OF_DOCUMENT_TOKEN_TO_BE_REPLACED Frank and Julien Lamothe are interviewed by WVUE Fox News in New Orleans about their upcoming Baja XL adventure as Calliope Racing and their fundraiser to support Louisiana Foundation Against Sexual Assault‘s important work and mission. See Video Here. On January 25, 2019, father-and-son team Frank and Julien Lamothe will begin the Baja XL Road Rally, a 2,500-mile journey along the Baja Peninsula that’s not only demanding, but also full of dangers and uncertainties. It is a challenge that is full of difficulties and unpredictability – much like the ongoing mission of the Louisiana… END_OF_DOCUMENT_TOKEN_TO_BE_REPLACED 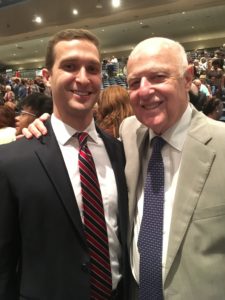 Lamothe Law Firm, LLC is pleased to announce that Julien G. Lamothe has joined the firm as a new attorney. Mr. Lamothe graduated from Louisiana State University in 2014 with a Bachelor of Science in Economics. He was awarded his Juris Doctor from Tulane University Law School in 2018, where he served as Senior Student… END_OF_DOCUMENT_TOKEN_TO_BE_REPLACED