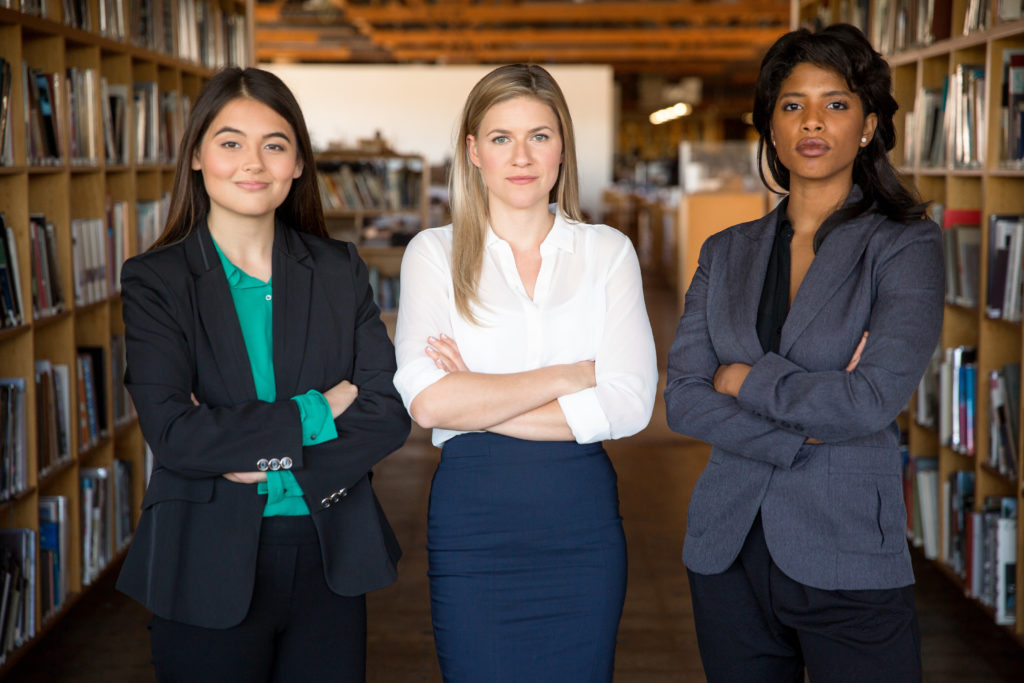 For the last fifteen years, more than half of law school graduates were women, according to the National Association of Women Lawyers. Yet today, women make up only approximately 30 percent of practicing attorneys. In 2012, women made up only 15 percent of law firm equity partners, and only 26 percent of non-equity partners were women. These figures show that women are underrepresented at the higher levels of the legal profession.

This is not merely a women’s issue. It is an issue affecting all legal organizations. Studies of group dynamics and decision theory show that groups with greater diversity perform better than more homogenous groups. Homogenous groups tend to fall prey to “group think,” leading them to accept unwarranted conclusions.1

In studies of group performance, members of homogenous groups tend to overestimate their problem-solving skills and reach collective conclusions that are, by objective measurements, less successful.2 By contrast, diverse groups benefit from a broader set of basic assumptions, the familiar signs and symbols that underlie our implicit understanding of the world. Diverse groups tend to make fewer mistakes, reach superior solutions, and more accurately assess their capabilities.

Further, individuals in a diverse group are also less likely to feel pressure to emulate each other, making them more likely to exercise independent judgment.3

Cultivating a broad set of basic assumptions is particularly important both in a trial setting, where on average half of the jurors deciding the case are women, and in communicating with clients, half of whom will likely be women as well. Better decision making and fewer mistakes translates to better outcomes. This is particularly true in the legal arena where small mistakes can often turn the case one way or another.

Not only is a general increase in diversity good for business, but there is also evidence to suggest that the presence of women, in particular, improves group performance. Studies performed by Anita Woolley, assistant professor of organizational behavior and theory at the Carnegie Mellon University Tepper School of Business, and Thomas W. Malone, professor of management at the MIT Sloan School of Management, indicate that the collective intelligence of groups may be directly increased when more members of the group are women.4

The study created groups of males and females and assigned tasks, for which success could be objectively measured, for the group to solve together. Results showed that the intelligence levels of individual members of the group had little to no correlation with group success. However, the study did find a high and linear correlation between group success and the number of women in the group. Researchers suggest that the presence of women changes the dynamics of group interactions in a way that leads to higher quality collaboration.

If diversity, and specifically the participation of women, improves overall group performance, organizations may be well advised to increase gender diversity within their ranks. In particular, they should address the inclusion of women in high level management and decision-making committees.

A key reason why women currently lag behind in leadership is that they are less likely to have extensive networks to support and promote them as potential leaders. As Jennifer Jones wrote in the August issue of Louisiana Advocates, the LAJ Women’s Caucus is expanding its activities to meet this need. The LAJ Women’s Caucus will not only provide women with the resources to address gender-specific issues but also provide a forum in which women can hone their skills, take part in mentoring activities, and network in an environment that maximizes their individual potential.

We are hard at work developing activities and resources and have already received considerable interest and support. We ask all LAJ members to encourage women attorneys to participate in and help shape the future of the LAJ Women’s Caucus. Not only will this produce substantial benefits for the caucus members, but also for the LAJ community as a whole.