The experienced attorneys at Lamothe Law Firm represent both adult and child sexual abuse and assault victims, drawing from years of personal injury litigation success and a deep compassion for our clients and the harm they have endured.  Here is an article by our attorney, Kristi Schubert, about holding an employer liable for its employee’s sexually abusive acts.  This article was originally published in the Louisiana Association for Justice publication, “Louisiana Advocates,” April 2018. 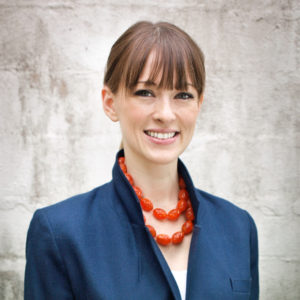 Pursuing a civil suit in a sexual abuse case involves a vast array of rules, challenges, and concerns that are not encountered in a typical negligence case. Just to name a few – prescription periods are different, Louisiana’s “rape shield” statutes apply, new types of punitive damages are available, and in certain cases, the plaintiff must obtain a “Certificate of Merit” from a licensed mental health practitioner prior to filing the petition.

Another challenge arises in attempting to hold an organization responsible for the sexually abusive acts of its servant. In a typical negligence case, vicarious liability is rarely an issue. In sex abuse cases, Plaintiffs commonly argue that the organization itself is directly negligent, either in failing to act reasonably after being put on notice of the servant’s behavior, or in negligently hiring the servant. However, even when an organization did not commit direct negligence, there are circumstances under which an organization may be vicariously liable for its servant’s sexually abusive acts.

La. C.C. Art. 2320 allows masters to be sued for acts of their servants committed “in the exercise of the functions in which they are employed.” This liability extends even to intentional torts committed by an employee when it is shown that the conduct of the employee was “so closely connected in time, place, and causation to his employment-duties as to be regarded a risk of harm fairly attributable to the employer’s business, as compared with conduct motivated by purely personal considerations entirely extraneous to the employer’s interests.”1

Neither the fact that the tortious act itself is proscribed,2 nor the fact that the predominant motive of the servant is to benefit himself, prevents the act from being within the scope of employment.3 In order to determine whether vicarious liability applies, courts look at four factors:

It is not necessary that all four factors be met in order to find vicarious liability, and each case must be decided on its own merits.5 In general, the more authority and freedom of action granted to the employee in performing his assigned tasks, the greater the scope of risks attributed to the employer.6 While the time and place of the tortious act may be highly determinative in judging the acts of a low level employee, they are largely irrelevant in assessing the acts of a corporation’s chief executive officer.7 In cases such as those, the court will focus more on whether the conduct was “primarily employment rooted” and whether it was “reasonably incidental to the performance of the employee’s duties.”8

The courts have been more willing to find the employer vicariously liable when the tort is committed by an employee against a non-employee.9 In such cases, the focus has been on whether the employee was put in a position of power or authority over the victim, and whether the opportunity to commit the tort arose because of the employee’s position. The courts have frequently found this type of power and authority to exist in cases involving healthcare providers, police officers, and school employees.

In Samuels v. Southern Baptist Hosp., in finding the hospital vicariously liable for its nursing assistant’s sexual assault of a psychiatric unit patient, the court noted that “taking care of the patient’s well-being is part of the duties of a nursing assistant,” and that the nursing assistant’s job put him “in a position of authority and contact with the victim.”10 In Latullas v. State, vicarious liability was imposed where a prison guard raped an inmate because the guard was “able to separate the plaintiff from others and commit the rape because of the authority bestowed upon him by his employer,” and because the guard was “acting for his employer in the control and supervision of inmates, and it was through these duties that this opportunity arose.”11 In Doe v. Morris, the police department was held to be vicariously liable for a police officer’s sexual assault of a civilian. The police officer sexually assaulted the victim in her bedroom after he had completed his duty to drive her home. The court explained that “the unique position of authority and trust given to police officers in society” had “created the context in which” the officer was able to take plaintiff to her bedroom alone.12 In a case holding a college vicariously liable for the acts of a professor who sexually assaulted a student off-campus and after normal class hours, the court gave weight to the fact that the professor had no set work hours, the purpose of the encounter was initially school-related, and the student justifiably believed the entire evening was school-related.13 In other words, the professor would not have had access to be alone with the student off-campus were it not for his position with the school.

Taking together the aforementioned cases and others I have reviewed, it is clear that in any case where the plaintiff seeks to impose vicarious liability upon an organization for the sexually abusive acts of its servant, the plaintiff will want to show the following facts:

These cases will necessarily be highly fact dependent and require thorough investigation during the discovery phase in order to gather the appropriate factual support for the imposition of vicarious liability. An attorney will want to determine each and every job duty which was assigned to the perpetrator/servant, giving specific attention to any authority granted to the perpetrator/servant to give instruction to the victim, to know or control the victim’s whereabouts, or to have private contact or be alone with the victim. Careful attention to these details should, in the right cases, yield the information you need to survive a summary judgment motion.